Graduated from the Ufa State Institute of Arts named after Ismagilov as a pianist and worked at the Children’s Music School No.7 in Chelyabinsk. Since 1991 she has been living and working in St. Petersburg as a member of the Union of Concert Workers of Russia. Irina is the Prize Winner at several international competitions: best accompanist of the «Silver Voice» Competition in Moscow, 2005 and of the International Isabella Yurieva Competition in Tallinn, 2006; Winner of the Regional Competition of Professional Mastery in the nomination «Chamber Art» at St. Petersburg, 2003. She has also got letters of appreciation from the Elena Obraztsova International Competition of Young Vocalists at St. Petersburg, 2006, 2008. 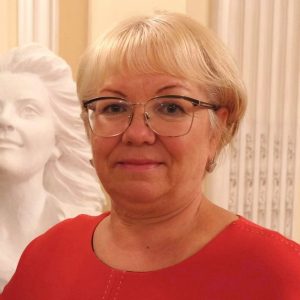