Dennis O’Neill has appeared with all the major opera companies of the world, specialising in Verdi. In 2005 he was awarded the Verdi Medal by the Amici di Verdi in recognition of his work in that field.

In his long relationship with the Royal Opera House, London, he appeared in over 200 performances centered around the great Verdian tenor roles. In North America his many appearances have included the Metropolitan Opera, San Francisco Opera and Chicago Lyric Opera. His extensive European career has taken him, most notably, to Munich, Vienna, Paris, Berlin, Verona, Rome, Florence, Bologna, Milan and Barcelona.

He was appointed Commander of the British Empire for services to opera and many other acknowledgements include Honorary Membership of the Royal Academy of Music and the Order of St John.

He gives master classes around the world. A visiting professor at several institutions including the Royal Academy of Music and the Young Artists Programme at the Royal Opera House, London, Dennis is a frequent juror at international competitions.

Dennis O’Neill was born in Pontarddulais and lives in Cardiff. He is Founder and Director of the Wales International Academy of Voice, University of Wales Trinity Saint David. 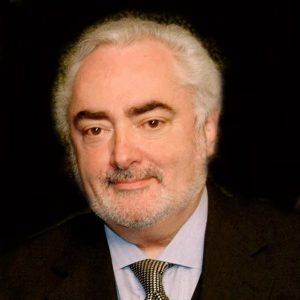