Praised for the remarkable agility, precision and warmth of her voice, and for her outstanding musicianship, Sumi Jo has been consistently greeted with exceptional accolades for her performances in the most important opera houses and concert halls throughout the world.

Sumi Jo is one of the bestselling classical singers in the world, with over 50 recordings to her credit, including a Grammy award and nominations for the Golden Globe award and an Oscar for a film signature song in 2016.

Sumi has given concerts with the Academy of Ancient Music and the Academy Santa Cecilia of Rome, gala concerts in Moscow, St Petersburg, London, Latvia, Krasnoyarsk, Sao Paolo, Strasbourg, Toronto, Paris, the Czech Republic, Tokyo, Australia and Korea. At the Metropolitan Opera New York, Teatro alla Scala in Milan, the Wiener Staatsoper and Teatro Colón in Buenos Aires, Sumi has been heard in numerous principal bel canto and coloratura roles.

Sumi Jo studied in her native Korea before enrolling in the Accademia di Santa Cecilia in Rome. She has won many prestigious awards including first prizes at major international competitions. She was elected ‘Artist for Peace’ of UNESCO in 2003. 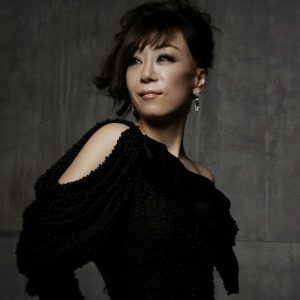 The application deadline of the Hong Kong International Operatic Singing Competition 2022 has been extended to 31 December 2020. Thank you for your attention.